The early November snow fall didn’t stop the Rock Foundation team as we continued the construction of the foundation and basement walls at a new construction home in Royal Oak, MI.

Royal Oak is a city located in Oakland County, MI and is considered to be a suburb of Detroit. The population of Royal Oak was 59,112 in 2017 and Royal Oak is well known for a number of cultural landmarks including The Royal Oak Music Theatre, Mark Ridley’s Comedy Castle as well as being a major span of the Woodward Dream Cruise. 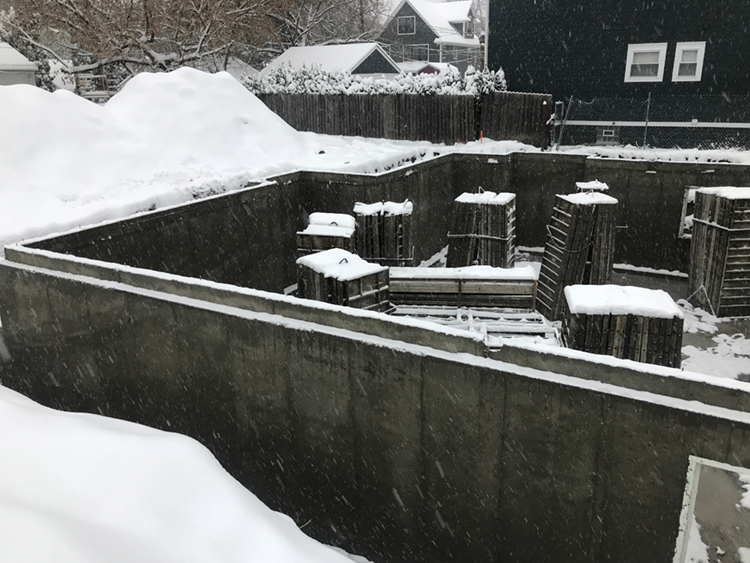